Washington, DC (June 4, 2014)  – U.S. Secretary of Commerce Penny Pritzker today presented ISCO Industries with the President’s “E” Award for Exports at a ceremony in Washington, D.C. The “E” Awards are the highest recognition any U.S. entity may receive for making a significant contribution to the expansion of U.S. exports.

“Exporting continues to contribute significantly to our sales growth, and we are honored to receive the ‘E’ Award,” said ISCO Chief Executive Officer Vince Tyra. “ISCO’s international division is far and away the fastest growing segment of the company. A team that started with one person in 2007 has grown to include more than 50 people working on international business, and supporting dedicated technical and sales staff at ISCO locations within and outside the United States.”

U.S. exports of goods and services hit an all-time record of $2.3 trillion in 2013. Nationally, jobs supported by exports reached more than 11 million last year, up 1.6 million since 2009.

U.S. companies are nominated for the “E” Award for Exports through the Department of Commerce’s U.S. and Foreign Commercial Service office network, located within the Department’s International Trade Administration, which has offices in 108 U.S. cities and more than 70 countries to help U.S. exporters.

A total of 65 U.S. companies were presented with the President’s “E” Award this year.

What you can read next 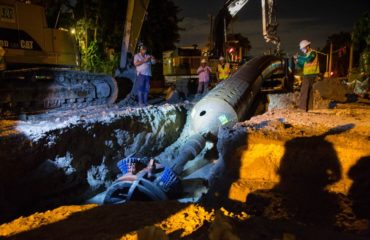 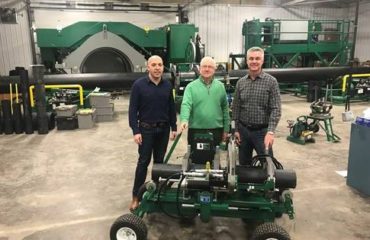