ISCO Industries was founded in 1962 as the 'Irrigation Supply Company.'

Jim Kirchdorfer, Sr. began the company in the same location as his father's hardware store in Louisville, Kentucky. At that time, Jim Kirchdorfer owned and operated a contracting company called Kirchdorfer Irrigation Company. Specializing in golf courses, the company installed the first automatic irrigation system in the state. Then in the early 1970s, Kirchdorfer felt the need to diversify Irrigation Supply Co. He entered the municipal supply industry and started referring to the company as ISCO.

HDPE Brings New Opportunities for ISCO
In 1975, Phillips Petroleum approached Kirchdorfer to become a municipal distributor for a new product called Driscopipe, a high-density polyethylene (HDPE) pipe. Kirchdorfer immediately recognized the potential of the product for applications such as sewer sliplining, force main sewers and stream crossings for water lines. He accepted the Driscopipe distributorship and in the same year became a distributor for McElroy Fusion Equipment. ISCO experienced tremendous success with Driscopipe. Kirchdorfer, along with the local Phillips Driscopipe representative, Jim Fletcher, frequently visited engineering offices to discuss the unique advantages of the pipe.

A critical year for ISCO was 1980. The Driscopipe product line had changed the business immensely. While the irrigation business remained strong, Kirchdorfer made the decision to phase out the commodity products that a typical municipal supply house carried. Kirchdorfer hired Jim Fletcher as a salesperson dedicated solely to the sales of Driscopipe. ISCO expanded sales into the industrial market and added a fabrication plant for HDPE fittings.

In the 1980s, the company's first international project was to supply pipe to a salt mine in Saudi Arabia. Demand for ISCO's products grew. Kirchdorfer further increased his portfolio of businesses by building an 18-hole public golf course, which later led to a total of four public courses in a 100-mile radius.

In the 1990s, to meet increased customer demand, ISCO purchased the assets of a company in Missouri. This included the Canadian and U.S. patent for Snap-Tite®. This was an ideal product for sliplining deteriorated highway culverts.

A Family Business
Also in the early 90s, both of Jim Kirchdorfer's sons, Jimmy and Mark, joined him in the fast-growing business. Later, in January of 1995, Jimmy Kirchdorfer, Jr. took over as general manager of ISCO, then CEO. In 1998, Mark Kirchdorfer became the director of operations, eventually becoming COO and now serves as President of the company.

Growth
In 1992, ISCO purchased a McElroy 65-inch fusion machine, which at the time was the largest transportable fusion machine in the U.S. To meet demand, ISCO built a larger HDPE fabrication plant in Louisville. Expansion in the late 1990s also included the building of a manufacturing facility in South Carolina and opening a new distribution site in Michigan to better serve customers in those areas.

At the beginning of 1999, the company officially changed its name to ISCO Industries, LLC. Looking to expand into the Southeast, ISCO acquired Fluid Controls, a Driscopipe and McElroy distributor based in Alabama.

Other accomplishments for ISCO in 1999 include Factory Mutual (FM) approval for fabricated fittings, as well as the purchase of the patented Buttress-Loc pipe joining system.

The New Millennium Brings Further Growth
In 2000 ISCO expanded into the west coast to market its Snap-Tite® product line and broke ground on a new Snap-Tite® production facility in California. At this time, ISCO also enhanced its South Carolina and the Alabama distribution sites to handle the increased business.

On January 1, 2001, ISCO acquired Fife Industrial Pipe Company from U.S. Filter. Fife was a distributor and fabricator of HDPE pipe in Florida. Fife brought additional fabrication capacity, a facility in the large Florida market, additional fusion equipment, a strong reputation in the state, and a group of talented professionals with years of experience in the HDPE piping industry.

Responding to customer demand, ISCO continued to add more distribution facilities: one near Chicago, one in Oklahoma (through an acquisition of Cooper Wholesale), near St. Louis (from acquiring Poly-Fab), in Houston (formerly a Maskell-Robbins branch) and Colorado. ISCO also acquired National Waterworks (formerly US Filter Distribution), which had locations in California and the Portland area in Washington.

ISCO has also consistently been named one of the top “Best Places to Work” in Kentucky for several years.

In June 2004, Ernst and Young names ISCO Industries 'Entrepreneur of the Year'. ISCO won in the Manufacturing Division for Kentucky and the Southern Ohio region.

A Presidential Honor
Early in February 2004, ISCO received a very important call from the White House - to host President George W. Bush in a discussion about the economy. The President arrived and took the stage, surrounded by more than 60 ISCO employees seated in chairs behind him. James Kirchdorfer, Sr. welcomed the President, who returned the favor by praising ISCO's steady growth and success over the past few years - due in part to his administration's economic policies.

Expansions Continue
Just after the February visit from the President of the United States, ISCO purchased two more branches from Maskell-Robbins in Arizona and Utah.

ISCO continued to expand by opening up new locations and distribution facilities across the country, as well as in Canada and Australia.

One notable expansion included relocating its fabrication facility from a downtown Louisville location (where it resided for 14 years) to the southwest industrial park in Louisville called Riverport. The new facility is five times larger than ISCO's previous facility and allows for more fabricating, storage and shipping.

ISCO also purchased Fraser Mining and Industrial Supply in March of 2007, which had a 10,000 square foot facility site on 10 acres of property located within the Dallas/Fort Worth area.

In January 2009 ISCO acquired Wright Water and Waste in Ohio. This waterworks house helped ISCO to further diversify its products to customers.

In February 2010, ISCO officially opened a new distribution facility in West Virginia. With 55,000 square feet of space, this facility is now ISCO's largest. In April 2010, ISCO also completed an update of its Houston facility.

Since 2010, ISCO has opened facilities in Kingman, AZ, Horseheads, NY, San Bernardino, CA, and Williston, ND. The company expanded across the globe in South America and Asia. Today, ISCO includes more than 40 locations in seven countries across the globe.

Along the way, in keeping with the company’s core value of innovation, ISCO added several new products. The company continues to add ingenious products and equipment to advance the plastic pipe industry.

As the company expanded, the historic building in the Highlands that housed the corporate headquarters could no longer facilitate our needs. In late 2015, ISCO Industries moved the international headquarters from the company’s birthplace on Baxter Avenue to downtown Louisville. The company took over more than 30,000 square feet of space on the second floor of the Presbyterian Center on Witherspoon Street. The new space gives the company an opportunity to continue its expansion and better serve customers.

With humble beginnings in a family hardware store, ISCO has seen tremendous growth over the years. Today, ISCO is a total piping solutions provider headquartered at its original location in Louisville, KY. ISCO continues to be a worldwide leader in HDPE piping products while expanding into new areas of piping solutions for various industries and applications.

ISCO purchase the assets of a company in Missouri

Jimmy Kirchdorfer, Jr. takes over as general manager of ISCO

For twelve years, ISCO receives the honor of being a 'Fast 50' business company in the Louisville area by Business First Magazine.

Ernst and Young names ISCO Industries 'Entrepreneur of the Year'. ISCO won in the Manufacturing Division for Kentucky and the Southern Ohio region.

ISCO receives a very important call from the White House - to host President George W. Bush in a discussion about the economy 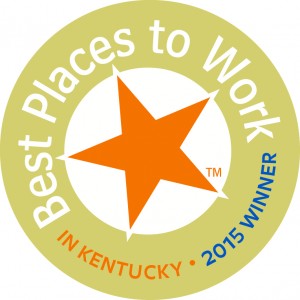 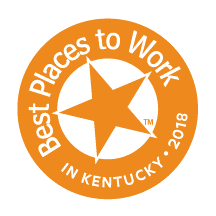 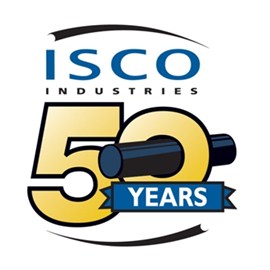